Fizer, who played for TM in only one game, told the team his injury flared up and did not practice with the team since then. He asked not to play this week.

Pure Youth will have to find a replacement for Terence Dials, who had to leave Taiwan after tearing his anterior cruciate ligament, and it has locked up 6-9 forward Quincy Davis, local media reported Thursday.

Davis, who played in China in 2010 and Turkey this year, averaged 10.4 points, 5.3 rebounds during his four years at Tulane University. 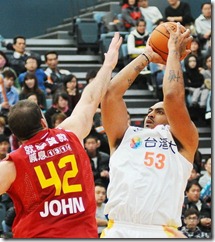 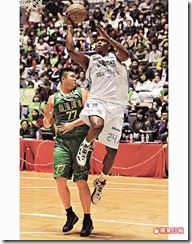 Import players are making their impact felt in the opening week as the 2011-12 SBL season tipped off in the central city of Miaoli on Saturday.

6-7 Kevin Johnson had double-doubles on consecutive games and led Yulon to a 2-0 start, beating Pure Youth and KKL respectively. Johnson had 22 points, 23 rebounds, 4 assists and 4 steals against PY and 28 and 22 against KKL.

A pair of former NBA players also turned in solid performances. Marcus Fizer had 23 points and 13 rebounds in his debut and led Taiwan Mobile to a comeback win against Bank of Taiwan, 66-62.

TB released DeAngelo Collins and Antoine Broxsie. Broxsie went on to be tested by KKL, which released Rashad Jones-Jennings. 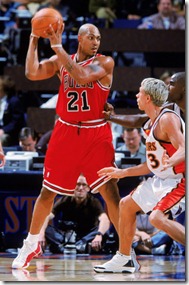 Fizer, out of Iowa State, was the No. 4 pick selected by the Chicago Bulls in the 2000 NBA Draft and went on to play for the Bulls, Milwaukee Bucks and New Orleans/Oklahoma City Hornets between 2000-2006. He was named to the NBA All-Rookie Second Team in 2001 and won the NBDL MVP in 2006.