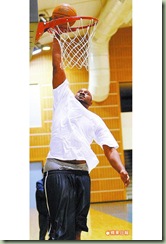 The other import player is Dacin's Byron Allen.

Local Chinese newspaper Apple Daily reported that Boggan, a 6-6 bully forward-center, will get a monthly salary of US$10,000. Boggan came from Oklahoma State, where he averaged 19 points and 7.6 rebounds and was named All Big-12 First Team in 2006-07.

Taiwan Mobile head coach Cheng Chih-lung expcted Boggan to solidify TM's interior defense and make huge contribution on the offensive end as well. Geiger, Cheng said without elaboration, was released because he did not fit in with the team's need.

Geiger said in an email that he was informed of the release but was not told why he did not meet the team's need.

The SBL allows imports-hiring for non-playoff teams. However, teams that failed to make the playoffs have been reluctant to do so due to budget problem amid the global economy crisis. 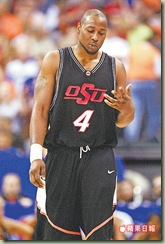