SBL limps into the new season 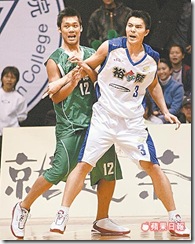 One week before the opening day, there is still no signs that the SBL's sixth season is alive and well. Exhibition games have been cancelled. The league and the TV stations have not reached agreement on the controversial TV contract. And there is no promotional events or advertisement to be seen, China Times reported Sunday.

China Times reported that teams are holding training camps as scheduled but things look dim before the official opening day -- January 10 in Miaoli, a mountainous town in central Taiwan.

The league has quietly cancelled the scheduled exhibition games.

FORTUNATELY, the league did announce the opening day roster on January 1, reported Liberty Times. Player transactios are few although Taiwan Mobile and Dacin both hired imports to bolster their interiors, the report said.

The biggest change on paper will be the ownership change of KKL (Kinmen Kaoliang Liquor), which was previously known as dmedia Numen.

Defending champ Taiwan Beer added Yang Yu-min and Wang Shin-kai. Yang and Wang are both currently playing in China. Lee Chi-hsun, who played for BCC Mars and Bank of Taiwan from 2003-2005, also joined the team and changed his name to Lee Hsiao-tse, symbolizing a brand new start.

As TB keeps most of its core players intact -- including two-time Finals MVP Lin Chih-chieh, it should be able to challenge the ultimate goal of three-peat.

Yulon Dinos, which lost 4-2 to TB in the Final last year, is led by new head coach Zhang Xue-lei and reigning regular season MVP Chen Hsin-an. The addition of Wu Jui-jin, a hard-working forward, and talented point guard Lin Chieh-min who is still a teenager, is expected to strengthen Yulon's bench depth, one of the reasons it lost the six-game series to TB last May.

Taiwan Mobile and Dacin both failed to make the playoffs last season, giving them an opportunity to hire import players under the SBL regulations. TM added Mario Boggan while Dacin signed Byron Allen. TM has been especially aggressive this past off season, signing Ouyang Ching-heng, the No. 3 scorer last year, and unretired veteran Lo Shin-liang, who briefly announced his retirement after winning the title with TB last season.

Dacin improved its backcourt depth by signing veteran Huang Bao-tse to backup talented but oft-injured Su Yi-chieh. Meanwhile, three-time regular season MVP Tien Lei is said to be fully recovered from his knee injury which kept him from playing for almost a year.

KKL lost the service of U.S. forward Jonathan Sanders because, as dmedia, it made the playoffs last year and was not allowed to hire foreigners this year. KKL added Shan Wei-fan and Lee Wei-min.

Doug Creighton, who played for Pure Youth last year, will play for Bank of Taiwan this season as a local.

The 2009 SBL season will tip off on January 10 in Miaoli with a double-header. Taiwan Beer and Yulon meet for the first time since last year's Final and Dacin plays KKL.