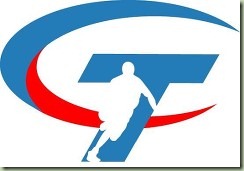 However, Zhang Xulei, head coach of the freshly-crowned Yulon Luxgen, is expected to be named the head of Taiwan NT for the first time as new CTBA President Mao Kao-wen is against hiring foreign coaches and insists on leaving the opportunity to the local coaches.

Zhang is a former Chinese NT star forward who played in Taiwan's pro league CBA late in his career and now possesses a Singaporean passport.

According to the CTBA, the team will open its training camp later this month to prepare for the 2010 William Jones Cup tournament, but several injured players, including Tseng Wen-ting, Wu Tai-hao, Tien Lei and Chang Chih-feng, will sit out the invitational.

Former Yulon star Chen Hsin-an, a Taiwan NT regular who played this year in the Chinese league CBA, was omitted by the NT Committee. Chen is no longer contracted with his long-time employer Yulon.

Details of the 2010 Jones Cup tourney remains unclear. Liberty Times reported that the tournament will start on July 13.