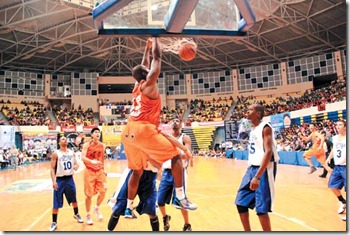 Zuo Tsun-kai missed consecutive free-throws but Creighton, who joined PY this summer, grabbed the offensive rebound for the winning basket as PY, which led by as many as 18 points, held off ETE's furious rally in the last period. 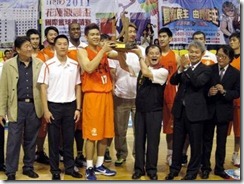 Ger Chi-hao had 13 of his game-high 23 points in the third period. Terence Dials had 14 points for PY while James Mao added 13. Chien Chia-hung had 11. Creighton scored six points.

Both teams were short of core players in the game with Ho Shou-cheng and Ha Hsiao-yuan of TB sitting out and Tien Lei and Chang Chi-feng of Dacin also out.

Kevin Johnson and Jimmy Lin combined for 41 points as Yulon beat KKL 90-68 to finish fifth in the tourney.

Johnson tallied 22 points and Lin scored 19 points. Wu Fong-cheng had 14. According to Yulon head coach Chiu Chi-yi, the team will sign Johnson for the season.

Lee Chun-wei and Hsu Wei-sheng scored 12 points each for KKL.