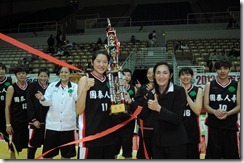 Cathay Life won another Taiwan women's league title yesterday, and it would not surprise anyone. 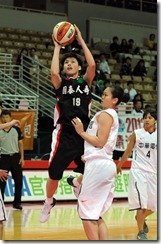 In Game 1 of the WSBL Finals, Cathay Life also pounded its rival with the score of 77-54, with Chian Feng-chun leading the team with 16 points and 14 rebounds. Lan Hao-yu added 16.

Hsu Chien-hui was the only weapon Chunghwa Telecom had to counter Cathay. She scored 26.

Veteran Ma Yi-hung had 52 points and 24 rebounds in two games as Taiyaun Textile beat Taipower 2-0 in the third place series.