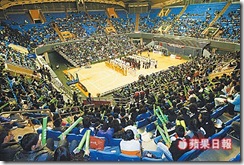 Yulon beat longtime rival and defending champion Taiwan Beer 72-67 in the 2009 SBL season opening game despite losing Chen Hsin-an to a knee injury late in the game Saturday in Miaoli. Dacin beat KKL 73-67 for the first win of the season but it looked like Tien Lei, who sat out last season due to his knee injury, still needed some time to return to his top form. 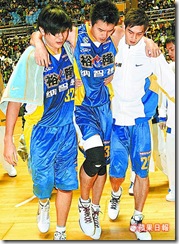 Embracing a cold front that dropped the temperature down to six degrees centigrade, the 2009 SBL season was launched in the central mountainous town of Miaoli. Around 2,500 tickets were sold and another 3,500 students were in the game for free in the Miaoli Dome which has a capacity of 10,000.

Reigning regular season MVP Chen Hsin-an was not going to play the game. However, Chen was the man new head coach Zhang Xu-lei looked for after Yulon dropped its 16-point lead in the second half. Chen did not score though. And he had to leave the game after being stepped on the shin by TB center Wu Tai-hao when he was fighting for a rebound.

Taiwan Beer cut the deficit down to one with 15 seconds left before Yulon saved the day with four late free-throws.

Chou Shih-yuan led Yulon, which changed its team name from Dinos to Luxgen, with 27 points. Tseng Wen-ting had 13 points and  rebounds while Chen Chih-chung scored 15. Yang Che-yi had 10.

Led by Chang Chih-feng's 24 points and 7 rebounds, Dacin kept KKL -- previously known as dmedia -- from winning its first game after an ownership change. Tien Lei had 13 points and 10 rebounds but admitted after the game that his game was still rusty and maybe only 50% of what it used to be. 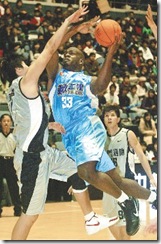 Dacin import Byron Allen did not impress in his debut, scoring only two despite grabbing 9 boards. Allen said he needed to get used to the Taiwanese style which placed more emphasis on speed rather than power. 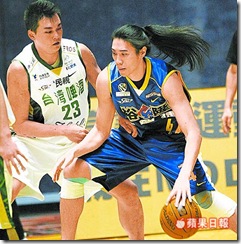 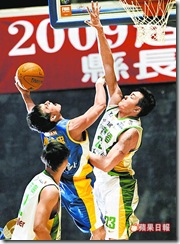 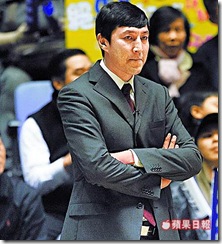