The demise of Yulon Luxgen 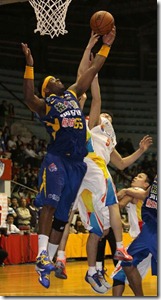 Yulon Luxgen, which won four titles in the SBL's brief eight-year history, is obviously experiencing its lowest point in the SBL era.

After a 20-point loss to Taiwan Beer on Saturday, it has dropped six of its last eight games and is currently fourth on the standing with 13 wins and 11 losses.

On Saturday, Yulon trailed by as many as 31 points at one point. I don't think I have ever seen that when late head coach Chien Yi-fei and former coach Lee Yun-kwang, Zhang Xuelei were at the helm.

Which would probably explain how much pressure was on the shoulder of the first-year head coach Chiu Chi-yi, who is also a former Yulon player.

But let's be fair. The former head coaches had Chen Hsin-an and Tseng Wen-ting on the roster, a privilege Chiu did not have. Chen had signed with Pure Youth after returning from China and Tseng, the SBL's top center, is now playing in Shanghai, China.

Second, Chiu perhaps needs more time to mature as a head coach, since he did not have prior head coaching experience at any level. As for why Yulon hired him as its head coach, that's beyond me. 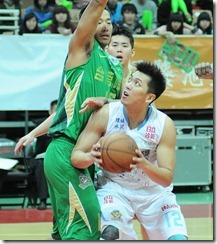 On the other hand, Dacin beat KKL 69-54 Saturday for its third straight win since Huang Wan-lung took over as its head coach (despite Huang was still listed as the technical adviser).

Under Huang, who is known for his defensive-minded and ball-control strategy, Dacin players have been more selective with their shots.

However, Dacin was pounded by Taiwan Beer tonight and lost by 15, 69-54. The team received three unsportsmanlike fouls and Huang had a technical foul as well.

So far, Pure Youth is sitting comfortably at the top of the standing with 19-5 and has clinched the playoff seed. It holds a five-game lead over the closest opponent.

Dacin, Taiwan Beer and Yulon would be likely the remaining three playoff teams.