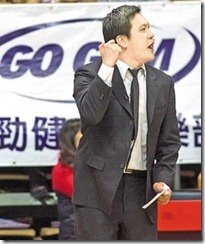 It turned out Chiu Da-tsun did not resign from his head coaching position, but Dacin Construction is now handing the coaching duty to its technical adviser Huang Wan-lung.

In other words, Chiu is now a head coach who does not need to coach.

The weird move brought back the old memory of Hungfu Rams, one of the teams in the defunct pro league Chinese Basketball Alliance (CBA, 1994-1999).

J.T. Prada, the Rams' technical adviser, was the “real” head coach of the team for one year, rather than Liu Chin-lang, its head coach at the time.

Interestingly, Dacin's bizarre move worked as the team snapped its four-game losing streak Saturday night with a 71-53 victory over Bank of Taiwan, which has lost six consecutive game.

Huang doubles as the head coach of Song-shan High School and told the media he would not resign from the school. He led the school to an unprecedented three straight titles from 2009-2011. 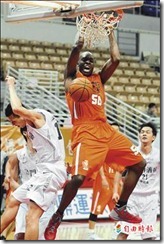 Chiu said he would likely be looking for a coaching position in China, where he coached Taiwan-based Sina Lions in the Chinese pro league CBA between 2001 and 2003.

Word is that teams are planning to lodge a protest against Taiwan Beer for the height of its import Kibwe Trim, who is listed at 6-9, the league's maximum height for imports, but appears to be much taller.

KKL only scored 17 points in the first half and set the lowest-scoring half in SBL history. KKL coach Hsu Chih-chao surprised everyone with a starting lineup with all five players under two years of experience as veterans Shan Wei-fan, Chou Tse-hua and Anthony Fuqua all sitting out due to injuries.