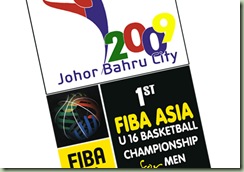 Taiwan earned the fifth overall position in the U16 Asia Championship that just finished in Malaysia. Taiwan outscored Japan on the final day of the tournament. Yang Hsing-Chih knocked down 20 points and grabbed 8 rebounds to lead Taiwan.

Taiwan led right from the start as they ensured a 17:10 advantage at the first break. Japan managed just 8 points in the second period and trailed by 19 points at halftime. But the second half belonged to Japan. They went on a comeback rally and almost denied the deficit. Taiwan needed some luck to escape with a narrow win at the end.

Kao Po-Yu had 19 points and 11 boards in the win. Ryo Tawatari responded with 18 points for Japan. Tsukasa Tano notched 13 points, 6 boards and 4 assists in the victory.

PS: China defeated South Korea 104-69 in a blowout win to claim the crown.