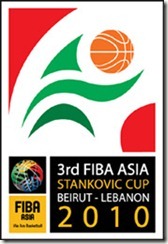 Taiwan dug itself a big hole in the first three minutes, during which Japan opened the game with a 13-0 run, and all it could do was trying to catch up with the Japanese after that.

Japan was paced by Takuya Kawamura, who had 15 points,  and Kenta Hirose, who scored all of his 10 points in the first quarter. Kosuke Takeuchi had 9 points and 8 boards.

Taiwan head coach Zhang Xuelei started Lee Hsueh-lin and Chen Shih-nian at guards, Tseng at center and James Mao and Chien at forwards. Tseng's addition was expected to solidify Taiwan's thin frontline but the results turned out to be the same as the Jones Cup, when Taiwan was outrebounded in almost every game.

Taiwan assistant coach Chiu Tsung-chih was quoted by media as saying that Taiwan's defense was actually not bad, but rebounding proved to be the key.