Asian Games: Taiwan out of quarterfinals 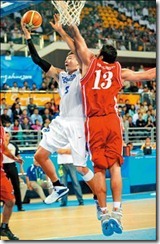 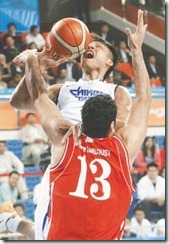 Taiwan men's NT lost to Iran and the Philippines to finish 1-4 in the preliminaries and was out of the Asian Games quarterfinal round.

Taiwan lost to the Philippines 82-73 in a battle for the quarterfinal berth on Monday. Lin Chih-chieh had a team-high 21 points while Wu Tai-hao added 20. Lee Hsueh-lin tallied 19 points and 9 rebounds.

Tien Lei, who was bothered by his sprained ankle did not score in 14 minutes.

On Sunday, Taiwan made 12 threes and forced Iran to 22 turnovers but was unable to stop Iranian center A. Kardoustpoustinsaraei, who tallied 22 points and 16 points, in a 73-72 loss.

Taiwan still had the chance to win. However, Tien Lei, Taiwan's go-to man for the second straight game, failed to knock down the potential winning shot. Tien, who also failed to make the final shot in the game vs. Qatar, said after the game that he was fouled in the last possession but didn't get the whistle.