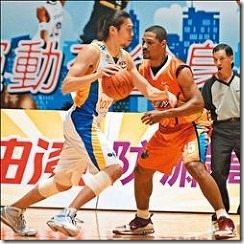 Tseng Wen-ting could sign with China's Shanghai Sharks and become the latest of a long line of Taiwanese players who sign with Chinese team to go for higher salary and tougher competitions, local media reported.

The Taiwan NT starting center said he is leaning toward finishing out the current contract before moving to China in the middle of the 2010-11 SBL season. If that can't be done, Tseng said, he does not rule out playing for Yulon for the entire season on a new short-term contract and join Shanghai before the 2011-12 CBA season.

Chen, who is playing for Dongguan, and Lin, currently with Zhejiang, have both entered their second year in China while Lee signed with Beijing this past summer.