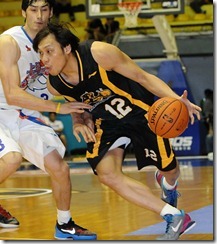 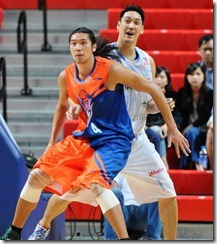 Shanghai Sharks beat Zhejiang 58-53 on Saturday in the central Taiwan city of Taichung and led the four-team 2012 Straits Cup invitational tournament at 2-0.

Dacin Tigers defeated Pure Youth Construction 82-76 on the same day for a revenge of a 4-0 sweep by PY in the SBL Finals earlier this year.

Chang Chia-jung led Dacin with 15 points while Lin Yi-hui had 14 and Tien Lei and Wang Chih-chun had 13 apiece.

James Wang, an overseas Taiwanese player who is being tested, led PY with 20 points.

Lin Chih-chieh, who did not play in the first game due to toothache, only had 2 points and 2 assists in 11 minutes. Lin admitted that his physical condition was way behind his Zhejiang teammates after taking a period of rest following the FIBA Asia Cup in Tokyo and he had to catch up for the upcoming new season in China.

On Friday, Shanghai, now coached by Daniel Panaggio, beat Dacin 76-69. Zhang Zhaoxu paced the Sharks, which had five players scoring in double-figures, with 12 points and 10 boards. Tseng Wen-ting had an off night with 6 points, 9 rebounds and 5 assists. 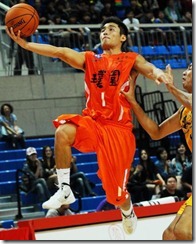 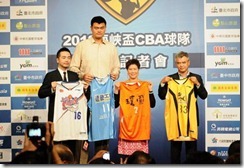