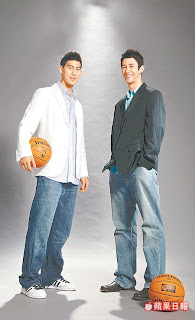 Taiwanese tabloid Apple Daily on Sunday had a feature report on a pair of Taiwanese-American teammates -- Pure Youth's James Mao and Doug Creighton. Well, I could see it coming as a large portion of SBL fans are teenage girls and these guys, without a doubt, can play ball and are good-looking.

The popularity of Taiwanese-American players in Taiwan can date back to the old days of the now-defunct pro league CBA. Conant Chu, an UC-Davis graduate who played for Hong-kuo Elephants, was among one of the most popular TA players at the time.

I don't exactly know why but Taiwanese girls looooooove Taiwanese-Americans, probably because they love foreigners like crazy.

Anyway, Mao is enjoying a breakout season and Creighton has been coming along with his new team. Mao has been given multiple roles by PY head coach Hsu Chin-tse. He can handle the ball in the halfcourt setting and also play a lot of four and three. Creighton did not enjoy as much playing time as Mao did, mostly playing as a shooting guard.

It looks to me Mao, averaging 13.2 points, 5.1 rebounds and 2.9 assists in 24 minutes per game, has adjusted himself well in his second season in the league, starting 17 of 21 games. He had a career-high 31 points and a buzzer-beater on the Feb. 2 win over dmedia. Creighton is averaging 8.4 points, 3.9 rebounds and 1.3 steals in 22 minutes per game, mostly as a backup.

I believe Hsu Chin-tse has been having a difficult time to distribute playing time among these young players, and that has hurt both Mao and Creighton a little bit.

Finally, the summary of the feature and a couple of photos: 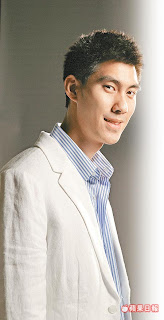 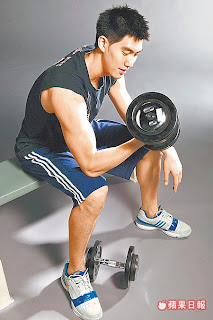 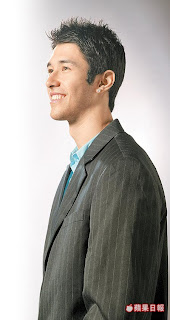