Another close game, another loss for Taiwan NT 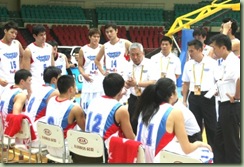 Korea’s 4-0 record earned out of the win now pits them against defending champions Iran – who also have a similar run – on the morrow in a virtual play off for the top place in Group F.

Chinese Taipei are 1-3 and will be involved in a face off of their own against another East Asian nation Japan – who also are 1-3.

Korea scored the first nine points of the game, hung grimly to that advantage and seemed headed for a comfortable ride going into the change room, when they led 43-35.

But Chang Tsung-Hsien and Tien Li sparked a splendid rally in the third quarter when Taipei outscored their rivals 15-9.

As a result Taipei were only two points behind when they started the fourth quarter.

Chang scored five of his game’s 17 points and Tien six of his nine during the third quarter.

Taipei went into lead for the first time in the game when Chen Tzu-Wei sank a three-pointer to raise hopes of an upset result. 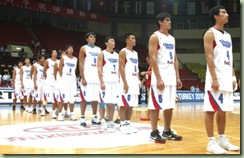 But Korea found their saviour in their reliable centre Kim Joo Sung.

Kim Joo Sung scored eight of his game-high 20 points during the final ten minutes as Korea scraped through.

Yang Heejong with his 15 was the other important scorer for Korea.

“Of course they caught us by surprise,” Korea coach Hur Jae said.

“They have always been a tough side to play against. We are very well aware each other’s game. So such surprises are always possible. We are glad we could scrape through,” Jae added.

“But after that early deficit we gave, we had to try real hard to equalize. Against a quality opposition that was not sufficient,” said Chung, incidentally a Korean by origin.