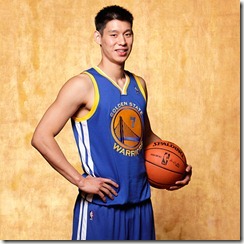 Jeremy Lin, who is currently in the training camp with the NBA's Golden State Warriors, has signed an endorsement deal with NIKE Taiwan, the United Evening News reported Saturday. However, NIKE Taiwan denied the report.

Several U.S. websites have reported in early August on Lin's signing with NIKE.

According to Liberty Times, if Lin, the first Taiwanese-American to sign with a NBA club, had signed with NIKE Taiwan, the company would have had a lot more say in terms of how to market Lin in Asia and particularly in Taiwan. NIKE Taiwan might invite him back for clinics or PR events. Now, their plan will have to be approved by people in the HQ before proceeding further.