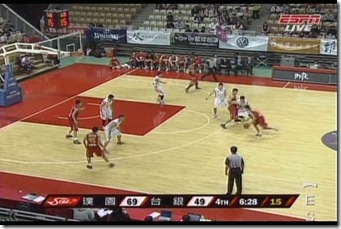 SBL team meeting convened by the CTBA today reach a consensus that the 2012-13 SBL regular season will tip off on Nov. 17 this year.

Among the important decisions made in the meeting include the acceptance of players of Taiwanese descent for the first time with each team is allowed to keep two such players who possess a ROC (Taiwan) passport.

The players with Taiwanese descent would not be counted as import players.

-- Each team will meet other teams five times, which means it will be a 30-game regular season.

-- The semifinal round and the finals will adopt the best-of-seven format.

-- Amendment of the draft regulation will be discussed in July.