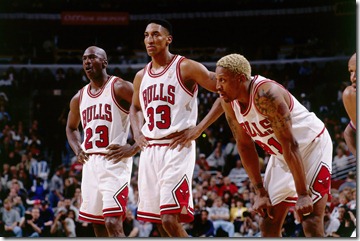 Former Chicago Bulls championship team trio of Scottie Pippen, Dennis Rodman and Horace Grant will be among a dozen of former NBA players to visit Taiwan next month for an exhibition game.

The NBA Legends Game will match up the NBA veterans and a team of Taiwanese players. The game will be played on July 21 at Kaohsiung Dome in the southern port city of Kaohsiung, Taiwan’s second largest city.

The head coach for Team Taiwan will be Hsu Chin-tse, who led Pure Youth to its first SBL title in history last month.