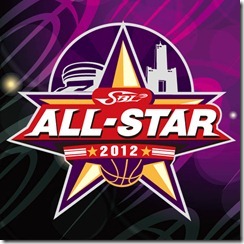 The SBL All-Star Weekend will be held in the southern port city of Greater Kaohsiung, Taiwan's second largest city, for the first time from Feb. 25-26.

Due to various reasons, the All-Star Game was not held during the past two years.

Former NBA player Noel Felix led all players in the All-Star voting. The results are listed as follows:

Hsu Hao-cheng (Dacin) and John Vaudreuil (BOT) were added to the roster after Chang Chih-feng and Chien Chia-hung pulled out of the game due to injury.

In my opinion, this voting system is seriously flawed as it already became only a popularity contest.

Numbers don't tell all the stories, but this is getting ridiculous.

Ryan Wright (20.1p, 14.7rb) and Yulon's Kevin Johnson (19.1p, 16.3rb) were not selected either. Since that the league wouldn't want to place all seven import players on the All-Star Team, it's probably understandable.

Kibwe Trim of Taiwan Beer is averaging 16.2p and 12.2 rebounds. I think he was overlooked because he has played only four games with the team.

Side events such as the slam-dunk contest and three-point shootout will be held during the weekend.