In search of the next Jeremy Lin 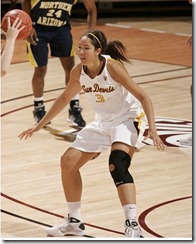 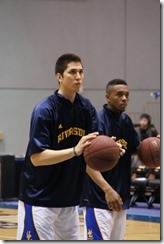 Like other Asian countries, Taiwan has never stopped searching Taiwanese-born players or players with Taiwanese descent who were trained or are playing in the US to boost its basketball strength.

With the unexpected emergence and the global popularity of New York Knicks guard Jeremy Lin, it has been even more so.

The Central News Agency, Taiwan's semi-governmental new agency, has recently reported on a new case that the Chinese Taipei Basketball Association may want to take a look at.

The story reported on Joy Burke and TJ Burke, who hailed from Arizona and are playing at Arizona State and UC Riverside, respectively.

Joy Burke is a 6-5 junior forward at Arizona State, who is averaging 2 points and 1.7 rebounds in limited playing time. Following the CNA report, the Next TV also presented a feature on Joy Burke, whose mother is Taiwanese and father is American. 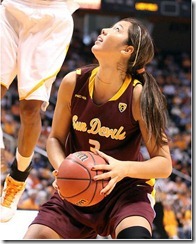 According to Joy Burke in the video interview, she emigrated to the US at 12 years-old with his parents and she “never liked basketball before but took the opportunity of a basketball scholarship for a college education.”

The McDonald's All-American nominee in high school also said she does not rule out playing in Taiwan after graduation if an opportunity emerges.

TJ Burke is a 6-8, 210-pound freshman forward at UC Riverside who is currently averaging 1.9 points and 2.3 rebounds with the Highlanders.

The younger Burke, who had a 4.0 GPA in high school, chose UC Riverside over Columbia, Yale and Princeton after graduation for being closer to home and the school's academic reputation. 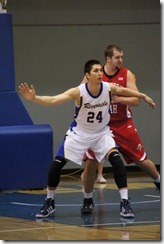 TJ Burke, who left Taiwan when he was eight but still speaks fluent Mandarin like his sister, said he would love to play for the Taiwanese national team in the future.

So how will the things turn out? I don't know. It depends on the CTBA's will. If Ting Shou-chung could talk to Jeremy Lin's family about playing for Taiwan NT, he may wants to talk to the Burkes some time in the future

Several second-generation Taiwanese-Americans played on the Taiwan NT before, such as 6-0 guard Conant Chu (UC Davis) in the 1993 Asian Championship and 6-6 forward Richard, who played with former NBA All-Star guard and incumbent Sacramento Mayor Kevin Johnson at UC Berkeley, in the William Jones Cup in mid-1980s. They played for the senior NT. 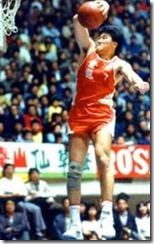 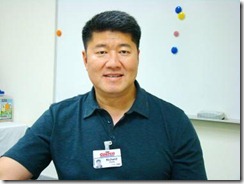 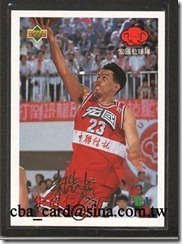