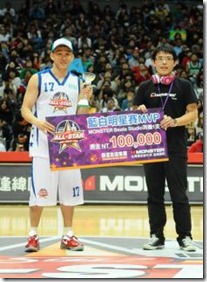 Taiwan Beer backup shooting guard Yang Yu-ming had 21 points, including five three-pointers, to win the 2012 SBL All-Star Game after leading the White Team to a 114-87 win over the Blue Team in his hometown of Kaohsiung.

The White Team was red-hot from the outside throughout the entire game, making 15 three-pointers as a team.

Chang Jung-hsuan surprised the entire crowd and the players by proposing to his longtime girlfriend. Chang had 12 and 6. 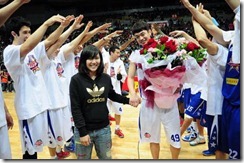