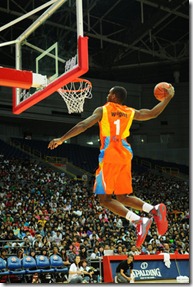 Taiwan Mobile's Ryan Wright won the 2012 SBL slam-dunk title Saturday with a pair of powerful and windmill dunks in front of 9,600 fans in the southern port city of Kaohsiung.

Doug Creighton of Pure Youth edged Yulon's Lu Cheng-ju with 19 points to win the title in the three-point shootout finals.

Pure Youth import Quincy Davis had 14 points and was named MVP after leading his team to a 57-54 win in a Locals vs. Imports exhibition game, which matches up a team of first-year and second-year local players against a mixed team of seven SBL imports and seven women players from the WSBL.

Ryan Wright had 10 points and 10 rebounds for the winner. John Vaudreuil of BOT had seven points and nine boards.

The All-Star Game, which was reactivated after a two-year hiatus, is scheduled to be played today at Kaohsiung. 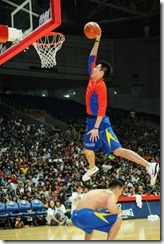 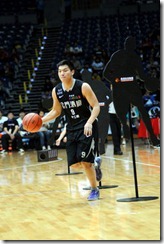 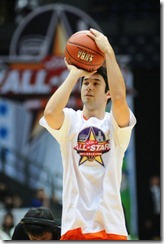 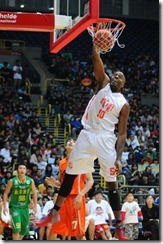