A team of NBA legends of Scottie Pippen, Dennis Rodman, Horace Grant and Jason Williams beat Team Taiwan 104-89 in an exhibition game on Sunday night in the southern port city of Kaohsiung.

The legends trailed 29-23 after the first period but quickly turned the game around, leading 54-41 at the half.

The visiting team was led by Charoy Bentley, who scored a team-high 21 points, and Chris Campbell, who had 17, but all eyes were on the former Chicago Bulls stars and the “White Chocolate” in the game with a playful mood.

Williams had 11 points, three assists and three steals and wowed the spectators with the passing skills that brought him to fame.

Pippen, who was visiting Taiwan for the third time, had seven points and eight rebounds while Rodman had two points and grabbed nine rebounds.

Rodman’s diving save of a ball going out of bounds with two minutes remaining left a little girl sitting on the courtside crying. The former NBA rebounding king then kissed the girl and gave her an autographed basketball.

Rodman, who remained very popular among Taiwanese fans, threw his jersey and sneakers to the fans after the game.

Doug Creighton led Taiwan with 26 points on six three-pointers. He made five consecutive three-pointers at one point and scored 17 in the first half. 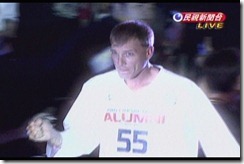 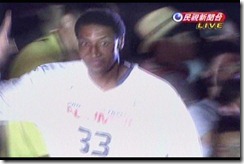 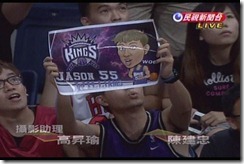 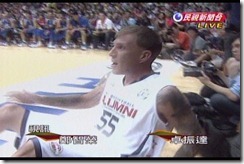 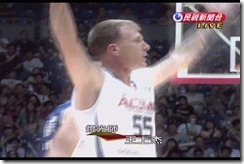 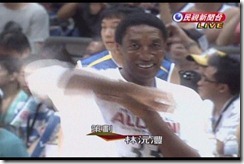 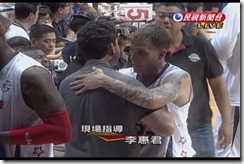 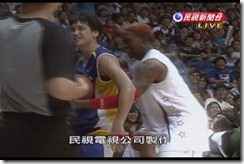 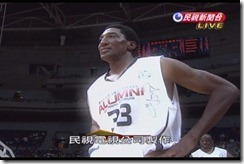 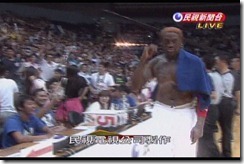