Everyone knows it. Taiwan NT going to Tianjin or not will virtually be decided after the first game versus the host Japan in the East Asia Basketball Championship, which opens June 10 in Nagoya, Japan as the qualifying tournament for the 2009 Asian Championship in August. 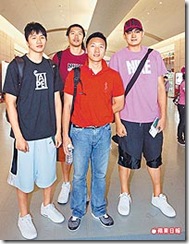 This is the first time that Taiwan NT has to pass through qualifiers before reaching the Asian men's basketball elite competition. CTBA's decision to skip the Stankovic Cup last year in West Asia was obviously a big mistake since top six teams in the tourney were granted seeds in Tianjin, China. And there were only five teams in the tournament.

Anyway, Taiwan NT needs to be in top two -- or top three if Asian Championship host China finishes in the top two -- in this short six-team tournament to get one of two seeds. South Korea is the hands-on favorite. While China sends its second national team, Japan, like always, will be Taiwan's roadblock to Tianjin.

Facing Japan, Taiwan's chance to win is, like always, 50-50 depending on which team brings its best game to the court. They are familiar with each other, having facing up numerous times in Asian competitions throughout the years.

Things are not looking particularly good for Taiwan, which will be in Japan without five key players -- Chen Hsin-an, Lin Chih-chieh, Chang Chih-feng, Yang Ching-min and Yang Yu-min -- who are all battle-tested veterans with above-average skills.

Most players on the team are playing through pains, Taiwan coaching staff said. Center Wu Tai-hao is still suffering from his waist and back injury. 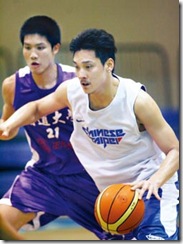 Worst yet, they only have 10 days of training camp going into the EABC after a grueling seven-game SBL Finals. Japan, on the other hand, has been preparing for the game for seven weeks.

Injury and fatigue, assistant coach Chou Jun-san said, have been the team's biggest problems so far.

In addition, they had to spend some time to get used to the game ball. Molten basketball, not Spalding, are used in FIBA competitions.

The stakes are high. If Taiwan NT fails to win the seed, this will be the first time for as long as I can remember that Taiwan is not able to play in the Asian Championship. And it will be another serious blow to Taiwanese basketball which has already been in a slump.