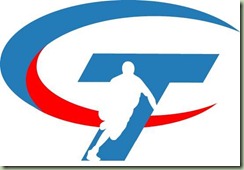 Chiang Feng-chun, one of the best players in Taiwan and widely seen as one of the best forwards in Asia, came out of retirement and joined Chunghwa Telecom. Her former employ Cathay Life, which has won 17 straight women's titles, announced Feb. 9 that it will pull out of the 2010 season over Chiang's controversy.

CTBA said that Chiang's contract with Cathay Life expired on Feb. 2, 2009 and has been a free agent since then. According to the player registration rule, she is free to transfer and sign with any team.

The association also urged Cathay Life to drop its previous decision and return to the 2010 season.

Chiang, a national team regular, returned to basketball one year after a surprising retirement in February 2009 at the age of 28. Her unexpected return sparked controversy and highlighted an "unwritten rule" that Taiwanese women players stay with a single team throughout their careers or face being boycotted by the other teams if they try to switch teams.

CTBA changed the rule in 2008 when lawyers said it violated the Constitution, which rules that people's right to work should be protected. All players -- men and women -- are now free agents and free to sign with any team after their contracts expire or they receive letters of clearance.

However, Cathay Life still opposed the transfer of Chiang, who retired after a falling out with the team's head coach, Hung Ling-yao.

Chiang was quoted by the media as saying she decided to leave Cathay Life because Hung kept rejecting her wish to play U.S. college basketball or elsewhere overseas.