Hawkins has 38; Grant and Thomas likely to be replaced 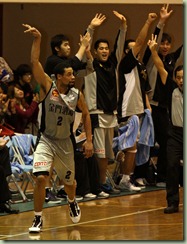 Shawn Hawkins couldn't be stopped, scoring 23 of his game-high 38 points in the final quarter as KKL routed Yulon 98-86 Sunday and boosted its record to 6-2, the best start in team history.

Hawkins' 23 in the fourth quarter tied SBL's all-time record of most points in a quarter. Yulon's Yang Che-yi, then playing for Videoland Hunters, set the previous record on March 6, 2005. 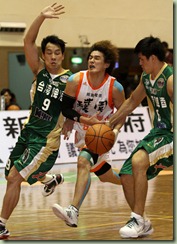 Hawkins also tallied 21 points in the final quarter in the game vs. Taiwan Mobile on Jan. 17.

Hawkins' scoring outburst led KKL, which trailed 66-64 after the third period for the comeback win.

Yulon suffered its first three-game losing streak in the SBL-era.

In other games, Dacin kept the top spot in the standing after defeating Taiwan Mobile. TM head coach Cheng Chih-lung was quoted as saying the team will replace import Antonio Grant because he "didn't fit into the team offensive structure."

Grant has appeared in seven games and averages 11.7 points and 10.3 rebounds.

Taiwan Beer beat PY 84-76 for its 4th straight win. However, rumor said that TB is considering to replace its import Delvin Thomas.

Meanwhile, local media reported that Yulon owner Yen Kai-tai reiterated the team has no intention to add an import player before the import signing deadline will be Feb. 28 despite its mediocre performance in the past two weeks.