Yulon closes in on slumping Dacin 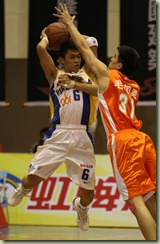 Photo: Yulon is on a 7-game winning streak with Lee Hsueh-lin handling the backcourt

There have been a lot of changes in the SBL after the lunar new year.

Yulon Luxgen, which was still around .500 before the lunar new year break, closed in on slumping Dacin Tigers in two weeks after winning seven straight games and is only one game behind the standing leader.

Thanks to the help from new import Derek Stribling, Taiwan Beer also regained its focus and is four games above .500.

Meanwhile, Dacin, KKL and Taiwan Mobile all went into a slump. Dacin was 3-2 in its last five games while TM has dropped five straight. KKL, which once ranked behind Dacin at No. 2, is now at No. 4, having lost four of its last five.

Still, KKL only trailed Dacin by three games. With each team having 12 or 13 games left on schedule, things will be very intersting in March and April. So keep your eyes open.

Ranked dead last, BOT had a happy week with its second win of the season -- a six-point win over Dacin on Saturday. Chang Po-sheng scored 12 of his 14 points in the fourth quarter to secure the upset win. Wu Tai-hao has been plagued by various injuries 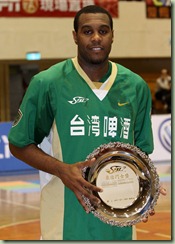