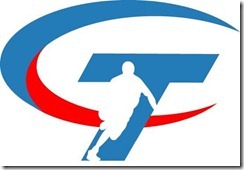 The CTBA plans to hold a national conference to discuss the future direction of Taiwanese basketball after Taiwan NT finishing for a somewhat disappointing eighth place in the 2011 Asian Championship. The CNA report is as follows:

Taipei, Sept. 26 (CNA) A national basketball conference is scheduled for late October after Taiwan finished eighth in the FIBA Asia Championship on Sunday, said the head of the country's basketball association.

The conference was planned to discuss how to revive basketball in Taiwan by gathering opinions from the government, academics and experts familiar with the issue, said Ting Shou-chung, legislator and Chinese Taipei Basketball Association (CTBA) chairman.

Ting said that his association is drafting a proposal to revive basketball, including improving training at the basic level, raising payments for players, building more stadiums and facilities, and organizing good basketball events to help the sport gain more popularity.

The performance of the national men's team cannot be judged by one or two games, Ting noted. He said many of the better-performing teams in the championship relied on their naturalized foreign-born players.

However, he said recruiting foreign-born players is not the best way to succeed in international games or make basketball a national sport. (By Justin Su and Kendra Lin)