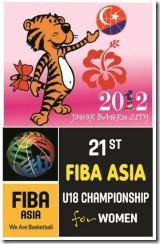 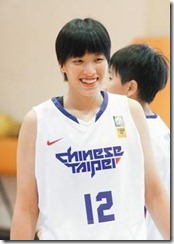 With experiences at the U16 and U18 Asian championship as well as the U19 World Championship, 180cm versatile forward Lin Yu-ting will be Taiwan NT’s leader at the FIBA Asia U18 Championship for Women at Johor Baru, Malaysia.

Lin will be one of the few players who was able to participate in two U18 Asia events because she made the NT roster at a very young age.

And her goal would be the same -- making the medal round and win an opportunity for a berth in the World Championship in Lithuania next year.

It is in the same Level I bracket with China, South Korea, Japan, Thailand and Malaysia.

While it appears Taiwan would have no problems making the semifinal round, South Korea will be Taiwan’s main target in the final four, according to Taiwan NT head coach Lee Tai-ying, who said Japan looks like a tougher team to beat.

Japan finished fourth in the U17 World Championship this year.

System of competition
In order to balance the level of competitions, the Championship shall be played in two levels: Level I and Level II.

The number of the teams in Level I is set at six (6). The teams to be qualified into Level I of the Championship must be already set out at the end of the previous Championship by the FIBA ASIA Women Committee, using as basis, the teams' performance at that Championship.

Level I:
The teams will form one (1) group. Each team will play all the other teams in the group in one (1) Preliminary Round. The four best-placed teams in this round will qualify into the Final Round.

Losers of Game 1 and Game 2 will have to play in Level II of the next FIBA ASIA Women Championship.