Taiwan lost to Iran but made Asia Cup quarterfinal 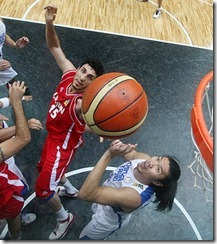 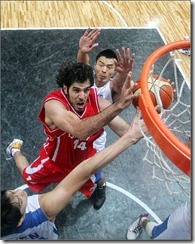 Taiwan lost to Iran 71-63 yesterday in Tokyo, Japan and fell to 1-2 in the preliminary round of the 2012 Asia Cup but clinched a quarterfinal berth after India finishing the round with four losses.

Four of the five teams in the Group A and B will make the quarterfinal, which mean Macau and India, each with a 0-4 record, will be eliminated.

Tien Lei scored 11 of his team-high 17 points in the first half and help Taiwan jumped to a 39-29 halftime lead, but too many turnovers in the second half and a resurgent Samad Bahrami, who tallied 11 of his game-high 24 points in the third period and sparked a 12-0 run in the period, changed the momentum of the game.

Taiwan, which committed 24 turnovers in the game, could only closed the gap to two points with five minutes remaining but still failed to topple Iran.

Iran is now tied with host Japan at 3-0 at the top of the Group B standing.