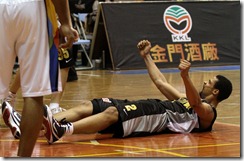 Dacin trailed most of the game but managed to always stayed behind. Tien Lei had a game-tying three, his first basket since the first quarter, with 0.1 seconds to go in regulation. Taiwan Beer opened the overtime with two quick three-pointers to fend off Dacin's rally.

In other games, KKL staged a furious comeback in a thrilling 88-83 overtime victory over Taiwan Mobile, outscoring TM 39-23 in the fourth quarter and overtime. Shawn Hawkins had 31 points and 10 rebounds. 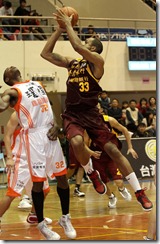 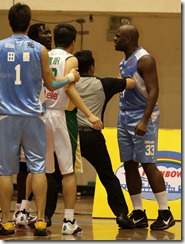