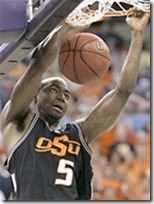 According to the Apple Daily, six of seven SBL teams have hired imports and the defending champion Yulon Luxgen is likely to enter the new season without any import again.

Imports in Taiwan (Two under testing):

Looks like Pure Youth did not sign Zach Atkinson as previously reported. I haven't heard that the league has made any changes to its height limit of 200cm. However, Dove and Hepburn were both listed at 205cm instead of 199cm, according to the stats from Eurobasket.com. I guess these teams made false reports about their heights.