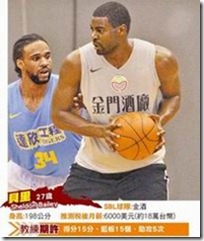 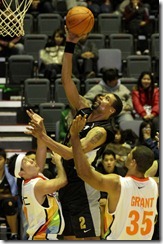 Shelden Bailey has left Taiwan after playing only one game for his employer Kinmen Kaoliang Liquor reportedly because KKL did not pay him. Due to Bailey's absence, KKL lost to BOT 84-77 Wednesday.

The United Daily News reported that Bailey told the team he had to go because of family business, but the true reason for Bailey's departure was the deferred payment.

BOT made 10 of 12 free-throws in the last minute for the win. Chang Po-sheng led with 21 points and Jason Faulknor had 16 points, 6 rebounds and 4 steals. Liu Jui-sheng had 12 while Chen Shun-hsiang had 11.

In the other game, Taiwan Beer handed Yulon the first defeat of the season. Emmanuel Jones had 21 points and 20 boards and Cheng Jen-wei had 20 for the winner. Yang Ching-min had 18 and 7. 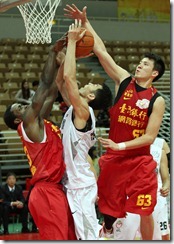 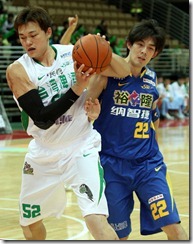 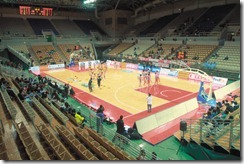 Attendance was low Wednesday, the first time the SBL introduce Wednesday into its weekly schedule