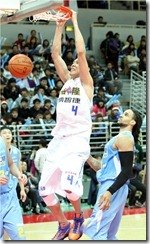 Tseng Wen-ting had 19 points, 13 rebounds and 7 blocks and limited Dacin import Keith Gayden to two points, leading defending champion Yulon Luxgen -- the only team without an import -- to a 69-60 win to open the SBL 2010-11 season Saturday.

Tseng, who is contemplating to play in China after his contract with Yulon expires in mid-January, had four fouls in the first half but that apparently did not both him.

Yulon open the game with a 12-0 run and never trailed. Tien Lei led Dacin with 17 points.

PY's import Rashad Jones-Jennings pulled down 11 rebounds but did not score. 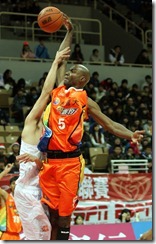