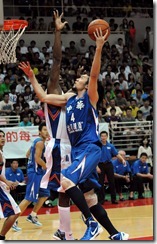 If this tournament is the Asian Championship, Taiwan is in deep trouble. Fortunately, it's not.

The Philippines outplayed host Taiwan on both ends of the court from start to finish, scoring a 90-78 convincing victory on Taiwan's home turf behind support of hundreds of passionate Filipino fans -- as usual -- Sunday night.

Taiwan's closest neighbor to the south is now tied 2-0 with Jordan and Korea after two days.

With starting center Tseng Wen-ting committing two quick fouls in the first quarter and Wu Tai-hao sitting out the game due to injury, Taiwan had no answer against Philippines' twin tower of Marcus Douthit, who had a game-high 23 points and nine rebounds, and agile J.P Aguilar, who had 12 points, and trailed by as many as 20 in the second half.

Douthit and Aguilar were extremely active and effective offensively and defensively. Led by Joseph Casio, Donaldo Hontiveros and Marcio Lassiter, the Philippine backcourt was able to penetrate, kick-out and score against a passive Taiwan defense for almost the entire game.

Philippines NT was also able to execute its half-court sets with efficiency as the big guys set solid picks for wing players and the entire team executed a beautiful inside-outside game.

I don't mean to take anything away from the Philippines, who very much deserved to win this game, but there was one thing to ponder. For the second consecutive game, Taiwan head coach Chou Jun-san put all of his 12 guys on the court before the halftime buzzer and kept substituting players in and out the entire game, even when the team was making a run.

I don't have any proof, but it looked to me that Chou intended to use this tournament as a TRUE warm-up tourney to evaluate players' performance before the more important FIBA Asia Championship next month.

Defensively, Taiwan's backcourt had trouble to keep up with the quicker Philippine guards and the inside players were clueless against taller Douthit and Aguilar. Taiwan's defense failed to contain the Philippines' mid-range game either.

Offensively it's even worse. The team shot a miserable 35 percent. There was no half-court set to speak of. And, at one point, it seemed that no one wanted to shoot.

There is still time for Taiwan to regroup and tune up. Hopefully, Chou and technical adviser Bob Hill are able to make things happen quickly in time for the big prize -- the Asian Championship in Wuhan, China. 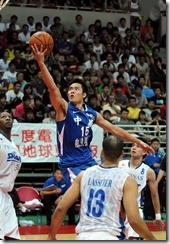 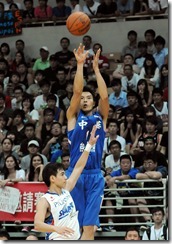