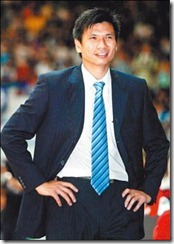 Former Yulon Luxgen and Taiwan NT head coach Lee Yung-kwang was accused by his wife of having extramarital affairs, Taiwan media reported this past week, sending a shockwave through local basketball community.

According to media report, Lee's wife filed a lawsuit against Lee, who is now an associate professor at Taipei Physical Education College, for committing adultery with a 29-year-old girl.

Lee reportedly got acquainted with the girl when she was only 15 in 1997 as a physical education teacher of the school the girl attended. 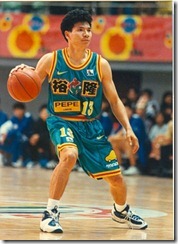 Lee promised to cut contact with the girl after his wife learned of the affairs in June 2009. However, his wife found out that the two were still in relationships last June and file the lawsuit.

Lee and the girl were indicted by the prosecutors' office May 20.

The former NT point guard made the national team at the age of 17. After a brilliant career, Lee became an assistant coach with Yulon and later took over from former NT coach Chien Yi-fei in 2001 as the youngest NT head coach in history.

He led Taiwan to gold medal in the 2005 East Asian Games. However, his teams did not do well in the FIBA Asian Championships, finishing for the all-time worst 11th place in 2003 and 9th place in 2005.

Several media reported that Lee was among the finalists of Taiwan Mobile's coaching search to replace Cheng Chih-lung, who left the position after last season.