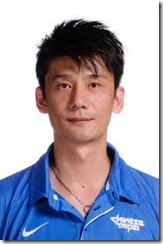 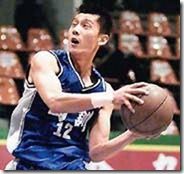 The original leading paragraph should have been like this:

The thing is, Yulon did not fire Zhang. Instead, its management invented a term called "executive coach" and gave Chiu that position. In other words, Zhang will still be Yulon's head coach on paper despite he will no longer involve in operation, training and on-court coaching of the team.
Chiu, 35, retired early due to foot injury and has worked for the team as its public relation director. He also tried to get involved in coaching in the past two years but had only handled minor duty.
He was known for his scoring ability in his career and played for Taiwan internationally. However, he was never considered a core player on the national team.
According to Chinese-language Chins Times newspaper, Chiu was surprised he got picked as the new coach because he is one of the youngest Yulon coaches.
He pledged to continue the "youth movement" and to take four-time SBL champion Yulon to the top of the league. Young players, including Chou Po-chen, Lin Chieh-min, Wu Fong-cheng and Lee De-wei, will play much larger role in the future.
Chiu said he will trying bring back Chen Hsin-an, Lee Hsueh-lin and Tseng Wen-ting, former Yulon players who opted to play in China or Japan.
Back to the issue of "executive coach." It was not the first time Taiwanese basketball teams did this -- keeping a man who should've been fired or had nothing to do with coaching on the head coach position and naming a person as an "executive coach" to handle everything a head coach does. And I always wonder why this idea even came up.
Let's take former Hungfu Rams American coach J.T. Prada as an example. Prada's official position on the team was a technical consultant, but he functioned as a head coach. The head coach Chen Ching-lang was just a head coach on paper.
The strange arrangement puzzled stats staff of the CBA (Chinese Basketball Alliance -- Taiwan's pro league from 1993-1999) and meat the time. We were not sure we should put the win-loss record under Prada or Chen.
At the end of the day, it's ridiculous when a head coach is not actually a head coach. 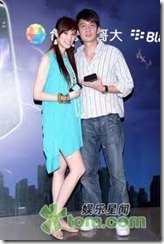