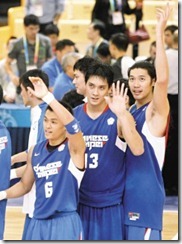 [No Tien Lei (middle) and Tseng Wen-ting (right) for Taiwan NT this year. Lee Hsueh-lin (left) returned from China to be back with the team.]

The Chinese Taipei Basketball Association on Friday announced the final roster for the upcoming East Asian Basketball Championship, the qualifying tournament for the 2011 FIBA Asia Championship.

PY point guard Hung Chih-shan, who was not on the 24-man roster, was added to the squad, which omitted several oversea players -- center Tseng Wen-ting (Japan), Jet Chang (U.S.) and Chou Yi-hsiang (U.S.)

With only one player taller than 200cm (Wu Tai-hao), the team is extremely small and will likely depend on its speed and perimeter shooting in the tournament, which will be held in Nanjing, China from June 8 to June 15. 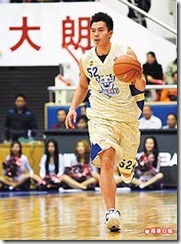 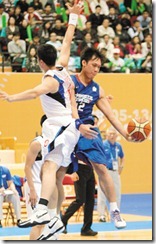