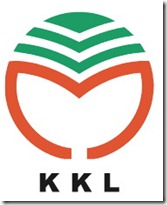 Kinmen Kaoliang Liquor Inc., one of the most successful wine companies in Taiwan, could terminate its sponsorship of the SBL team, local media reported Friday.

KKL is a highly successful semi state-owned liquor company in Kinmen, an outlying island located very near China's southeast coast but is controlled by Taiwan government. Kaoliang, the Chinese word for sorghum, sells so well that the distillery generates an annual revenue of close to US$70 million for the county government.

However, KKL was disappointed that the team failed to make the playoffs in the past three years and never finished above .500. In addition, the company was unhappy with the management of Hongya. In each of the past three seasons, there were rumors that KKL failed to pay its players and imports on time.

KKL also accused Hongya of breach of contract, saying that the management did not keep at least four Kinmen-born players on its roster, which was a requirement of the sponsorship agreement.

Chen Ching-huan, the team's second-leading scorer last season at 18.3 behind Shawn Hawkins, has left the team and signed with Taiwan Mobile. A total of nine players reportedly left the team since March.

Wang Nan-kuei, Huang Ju-tao and Hong Ying-che have signed with Bank of Taiwan, according to Apple Daily.

A Hongya Inc. official was quoted as saying that the company's deal with KKL runs through April 2012 and nothing will change before that date. The official denied that KKL will terminate its sponsorship agreement.

Kinmen Basketball Association reportedly said the association has been mulling to take over the operation rights of the team and make it a team of 100 percent Kinmen-born players.