Taiwan to include Jeremy Lin in Asian Championship roster 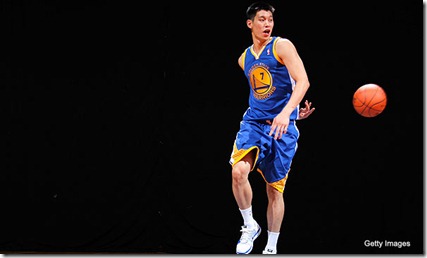 According to Ting, the United Daily News (UDN) reported, he met Lin in a May visit to the U.S. and Lin told him that the possibility for him to play for Taiwan is about 50 percent. Therefore, Ting said, the CTBA plans to list Lin among the 24 candidates in the initial stage in mid-July.

The FIBA Asia Championship for Men will be held in Wuhan, Hubei, China is September.

The CTBA will consult Lin again when the Warrior guard returns to Taiwan for a promotional tour in August before submitting the final 12-man roster for the Asian Championship later that month.

Gie-min Lin, Jeremy's father who came from Taiwan's central county of Changhua, would love to see his son representing Taiwan in international competitions, but Lin's mother hopes Jeremy to focus on his NBA career before making other considerations, the UDN reported.

In addition to Taiwan, China has been recruiting Lin to play for its national team as well, Ting said. However, it's almost impossible for Lin to play for China because he will have to give up his U.S. citizenship.

Taiwan is favored to land Lin since it recognizes dual citizenship, Ting added.