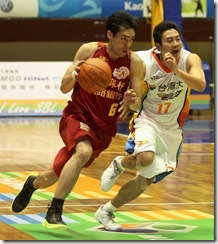 Forward Lin Chih-chieh will sit out the East Asian Basketball Championship after his grandmother passed away last week, according to Taiwan NT head coach Chou Jun-san.

Chou plans to replace Lin with Bank of Taiwan guard Chen Shun-hsiang but does not know whether the request of substitution would be granted by FIBA Asia, given that the 12-man roster had been submitted for the tourney which starts June 10 in Nanjing, China.

Lin, who was expected to be the top two scorers of the Taiwan NT along with Chen Hsin-an, was not in good condition to play in the qualifying tournament of the FIBA Asia Championship

If the request is denied by FIBA Asia, Chou said, Taiwan NT will enter the tourney with 11 players.