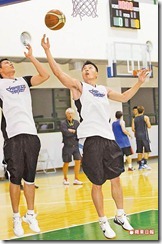 Taiwan NT opened the second phase of its training camp for the preparation of the FIBA Asia Championship for Men Monday in Taipei with Taiwanese-American Daniel Bolick became the latest -- and surprising -- addition to the 24-man squad.

Due to injuries and other activities, only 16 of 24 players were at the practice, but Bolick, who graduated from the University of North Carolina this year, joined the team as a "volunteer."

Bolick, a 5-9 guard, was promoted to the UNC varsity team after spending his first three years as a walk-on, according to the Chinese-language newspaper Apple Daily. His mother came from Taiwan, it was reported.

There is no guarantee that Bolick will make the team though, Chou said.

Taiwan NT will close the second phase of the camp around July 20 before visiting Zhejiang, China for a five-day for some warm-up game with Chinese teams. 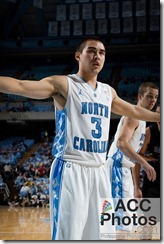