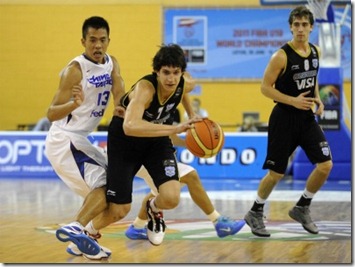 Taiwan U19 NT suffered the second straight loss in less than 24 hours after an 80-69 defeat to the taller and stronger Argentina in its second game in the preliminary round of the FIBA U19 Championship for Men in the Latvian city of Valmiera Saturday.

Taiwan managed to hang on to a seven-point deficit at the half but once again collapsed in the third quarter, when it was outscored by Argentina 29-10. The game was pretty much over at the end of the period when Taiwan trailed by 26.

Argentina, which suffered an embarrassing 24-point loss to Australia the day before, led the entire game. Carlos Paredes led the team with 19 points while Luciano Massarelli scored 12 points.

Taiwan was still led by the Big Three -- forward Hu Lung-mao, Hung Kang-chiao and point guard Chen Ying-chun. Hung paced the team with 18 points and four rebounds, making 8 of 15 shots. Chen followed with 15 and 6. However, Hu only had seven points on 1-for-5 shooting in 27 minutes. He and Chen had a combined 12 turnovers, half of Taiwan’s team total.

Taiwan did rebound better. After being outrebounded by 40 in the Latvia game, the team cut that deficit to 12 (33-21) against Argentina.

In its last preliminary game in Group B, Taiwan will meet Australia. Once again, nobody expects it to beat the team from Down Under. If Taiwan finishes fourth in the group, it will have to play the classification round for 13th - 16th place. 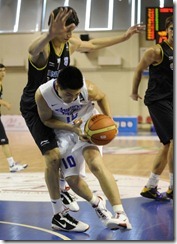 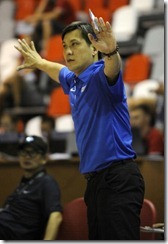 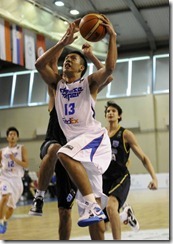