World U19 Women's: Taiwan opens with win over Slovenia 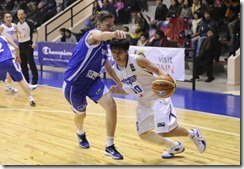 The FIBA U18 Asia Championship bronze medallists squarely put one foot in the Eight Finals with a superb 83-73 victory over the more fancied Slovenia in Puerto Varas. 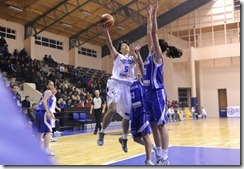 Slovenia finished fourth at last year's European championship and feature emerging stars Nika Baric and Tjasa Gortnar. While the 187cm Gortnar fired with 23 points and 14 rebounds, Baric was contained to just 12 points on 3/9 shooting as Slovenia managed just 29 first half points and 36% shooting for the game.

In contrast, Chinese Taipei, who finished a distant third in the Asian Championship last year, had contributors all over the court, shooting 43% from the perimeter and committing just 10 turnovers for the night.

Chinese Taipei extended a three point quarter time lead to nine points at the main break and 12 at three quarter time, before comfortable holding on for a stirring victory over the talented Europeans.

Slovenia must now beat at least one of Spain and Brazil and rely on other results going their way to progress to the Eight Finals, while one more win will secure passage for Taipei.