World U19: Taiwan routed by Australia 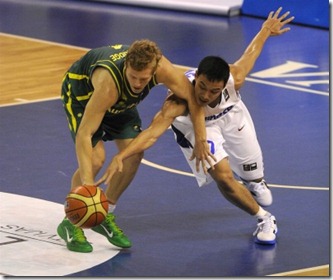 Taiwan U19 NT was routed by Australia 93-65 in the third and last preliminary game in the FIBA U19 World Championship for Men Sunday in Valmeira, Latvia.

Taiwan lost all three games in the preliminary round to finish last in Group B. It is scheduled to meet Tunisia tomorrow in the classification games for 13th-16th place.

Facing a taller Australian team, Taiwan trailed 25-10 seven minutes into the game but was able to cut the deficit down to six in the second period.

Hu Lung-mao, one of Taiwan's core players, scored nine points in the quarter before spraining his ankle with 2:07 remaining in the first half. The 195cm forward, who had 11 points in 15 minutes, did not return.

Everything went downhill from there as Australia punished Taiwan from inside and out. Anthony Drmic, a 196cm small forward, made seven of nine three-point tries en route to a game-high 34 points on 11-of-15 shooting. Drmic also pulled down eight rebounds.

Height disadvantage proved to be Taiwan's achilles heel. As the smallest team in the 16-team field, Taiwan had a minus-22 rebounding margin in three preliminary games. Last night it was again outrebounded by Aussie, 41-27.

Head coach Huang Wan-lung acknowledged that the disadvantage was difficult to overcome, especially in a highly-competitive tournament like this one.

The 0-3 record was actually expected by almost everyone before the tourney started. For Taiwan, which returned to the World Championship after 24 years, any win in Latvia would have been a upset victory.

I say let's give a shoutout to the boys from Taiwan, which rarely advanced to the world championship on any level. 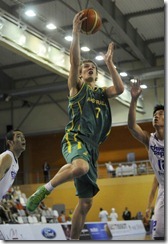 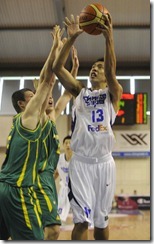 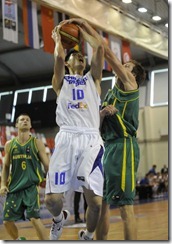