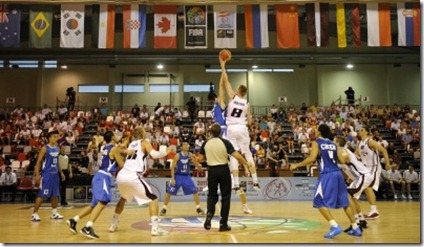 Latvia's height was too much for Taiwan NT to overcome. Taiwan fell to the home team Latvia 85-67 early Friday morning Taiwan Time in its opening game of the FIBA U19 World Championship for Men at Valmiera, Latvia.

Taiwan, which returned to the World Championship after 24 years, only trailed by nine points at the half, 42-33, but was not able to challenge Latvia in the second half. As the smallest team in the 16-team tournament, Taiwan was outrebounded by Latvia 57-17.

Taiwan has an average height of 189cm while Latvia checks in at 197cm. Meanwhile, China is the tallest team in the field at 201cm.

Hu Lung-mao, Hung Kang-chiao and Chen Ying-chun each scored seven in the first half, when Taiwan's pressure defense created trouble for Latvia, which was led by Janis Timma's 19 first-half points.

Latvia set the tone of the game in the third quarter, when it outscored Taiwan 24-14 and led by more than 20 points at one point.

Poor free-throw shooting (12 for 30) and turnovers (25) from the Latvian side gave Taiwan several opportunities to mount a comeback. However, the huge disadvantage at the rebounding department hurt Taiwan too much that the boys could only cut the deficit down to around 15 the rest of the way.

And Taiwan's dismal three-point shooting did not help either, making only 1 of 13 three-point attempts.

Latvia scored 46 points in the paint and had 18 second-chance points in the game. Timma scored a game-high 23 points and pulled down 14 rebounds. Edmund Dukulus also turned in a double-double with 10 points and 12 boards. NBA draftee Davis Bertans had 13 and 7.

194cm forward Hu Lung-mao led Taiwan with 18 points and 4 rebounds, shooting 4-of-13 from the field and 10 of 12 from the foul line. Point guard Chen Ying-chun had 11 points and Hung Kang-chiao had nine points.

Give Taiwan some credit though. Its tough defense created Latvia's 25 turnovers and stole the ball 11 times.

Australia pounded Argentina 73-49 in the other game of the Group B. Taiwan is scheduled to meet Argentina today in the second preliminary game. 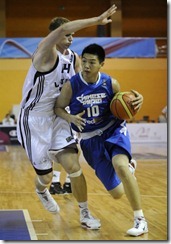 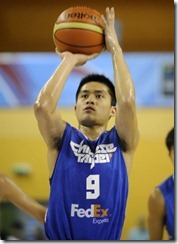 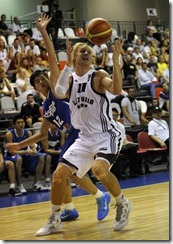