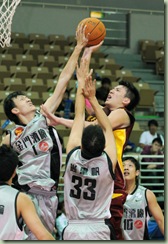 As the regular season is approaching the final week, the battle of the number four seed is down to the wire with Pure Youth (13-14) leading one game and a half over Kinmen Kaoliang Liquor (KKL, 12-16).

PY's next three opponents will be Taiwan Beer, Taiwan Mobile and Yulon. KKL will face TB and TM in the remaining games. Looks like the No. 4 seed is PY's to lose, but anything can happen on the basketball court. 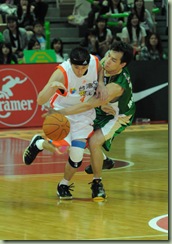 There's no question throughout the whole season that Dacin (22-6), Yulon (20-6) and Taiwan Beer (17-10) will be the top three seeds. It's just the matter of ranking. As for now the defending champ is locked up at No.3 while Dacin leads Yulon by one game.

Yulon and Dacin will fight for the top seed because, obviously, no one wants to face Taiwan Beer in the first round. And a regular season title means something. It seems Dacin is on the driver's seat to take the first regular season crown in team history. It faces Yulon tonight before playing BOT next week to conclude the 30-game regular season.

Yulon's quest to the No. 1 seed will be much difficult. Tonight's game vs. Dacin is a must-win for them. And they have to play three games in three days next week.

Back to the action this week. Chang Yu-lin's layup with 1.7 seconds left helped PY to a 69-67 comeback win over BOT, which led by as many as 13 points in the third quarter. PY rallied in the final quarter 18-8.

Dacin routed PY 81-62 Saturday for a team-record 7-game winning streak. On the same day, Lin Chih-chieh committed a fatal turnover in the last possession as Taiwan Beer lost to TM, 87-83. Bank of Taiwan once again lost a 13-point lead, losing 90-83 to KKL in overtime after a 42-29 first half.