Tien has 34 in Dacin's crucial win over Yulon 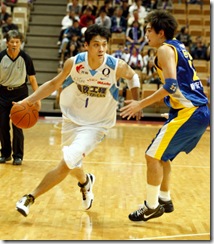 Tien Lei had 34 points to help Dacin defeat Yulon 99-91 Friday and increase the lead to one game with four games left in the regular season. Dacin had targeted regular season champion as its primary goal for the season and it's now one step closer toward that goal.