Dacin one win away from first SBL title 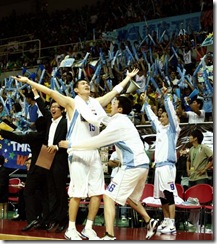 Dacin Tigers is thiiiiiiis close to an improbable finish after winning three in a row to turn a 2-0 deficit into a 3-2 series lead in the SBL Finals. Dacin routed TB 81-63 Saturday and is on the verge of winning its first SBL title in team history if it wins again tonight.

The controversial team, which was owned by CTBA President Wang Jen-da and has been accused by opponents time and again receiving officiating favors, has a shot of being the first title team to win four straight following two losses and achieve the improbably comeback. 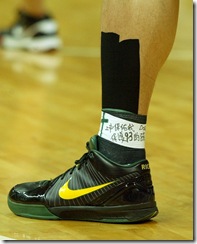 TB's Lin Chih-chieh injured his left ankle in Game 4 but insisted on playing. Lin entered the game as a substitute and inspired his teammates and the crowd. However, it was just not enough to stop Dacin's three-point attack and maybe ended up hurting the team. Dacin made 10 threes in the game.

On Friday, Dacin rained 10 three-pointers on Taiwan Beer for a 89-75 victory to tie the series at 2-2. Lin Chih-chieh hurt his ankle less than 2 minutes into the game and never came back.

Regular season MVP Chang Chih-feng scored 26 points and had four steals. Chang, who received his MVP trophy before tipoff from Premier Liu Chao-hsiuan, and seldom-used sub Yen Chia-wei made four threes in the final quarter to open up the game.

Allen had another double-double of 14 points and 13 boards for Dacin.

Taiwan Beer was led by Yang Ching-min's 23 points. Ho Shou-cheng had 17 points and 7 rebounds and Yang Yu-min had 15. 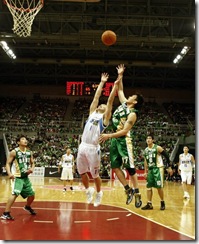 Frankly speaking, I think Taiwanese basketball has been going in the wrong direction by shooting more and more threes. It's true that Taiwan always faces taller and physically stronger opponents in international competition, but you just don't live and die by three-pointers.

Take Dacin forward Tien Lei, who has been extremely quiet in the Finals, for example. Tien never learned how to play inside and expressed clearly that he didn't like to do so. As far as I'm concerned, it's one of the reasons why Tien has become less a threat. It's always easier to defend a 6-7 three-point shooter than a versatile inside-outside 6-7 wingman.

Tien still grabs more than a fair share of rebounds because of his height and jumping ability. But I think he can be two times better by developing his inside game.